Unfortunately, it turned out that the 1 km circuit was 24 m shorter this year, so all performances are irregular (3 km by 72 m, 5 km by 120 m, 10 km by 240 m - everyone can calculate the probable time difference from the actual length according to their current performance) and will be listed in the tables as such; points for league competitions remain valid.

The next and probably last year of the race on a fast asphalt circuit (with a somewhat worn surface) took place in good weather (18 ° C, sun under a cloud, slightly colder wind) in the well-known Central Bohemian town; there were 102 pedestrians and pedestrians at the start, two of them from Slovakia. The organizers (Sports Walk Prague, zs, led by Mr. Petr and Tomáš Kratochvílová in cooperation with the city of Milovice) successfully managed the race to the point of mistake in the position of the upper turn. 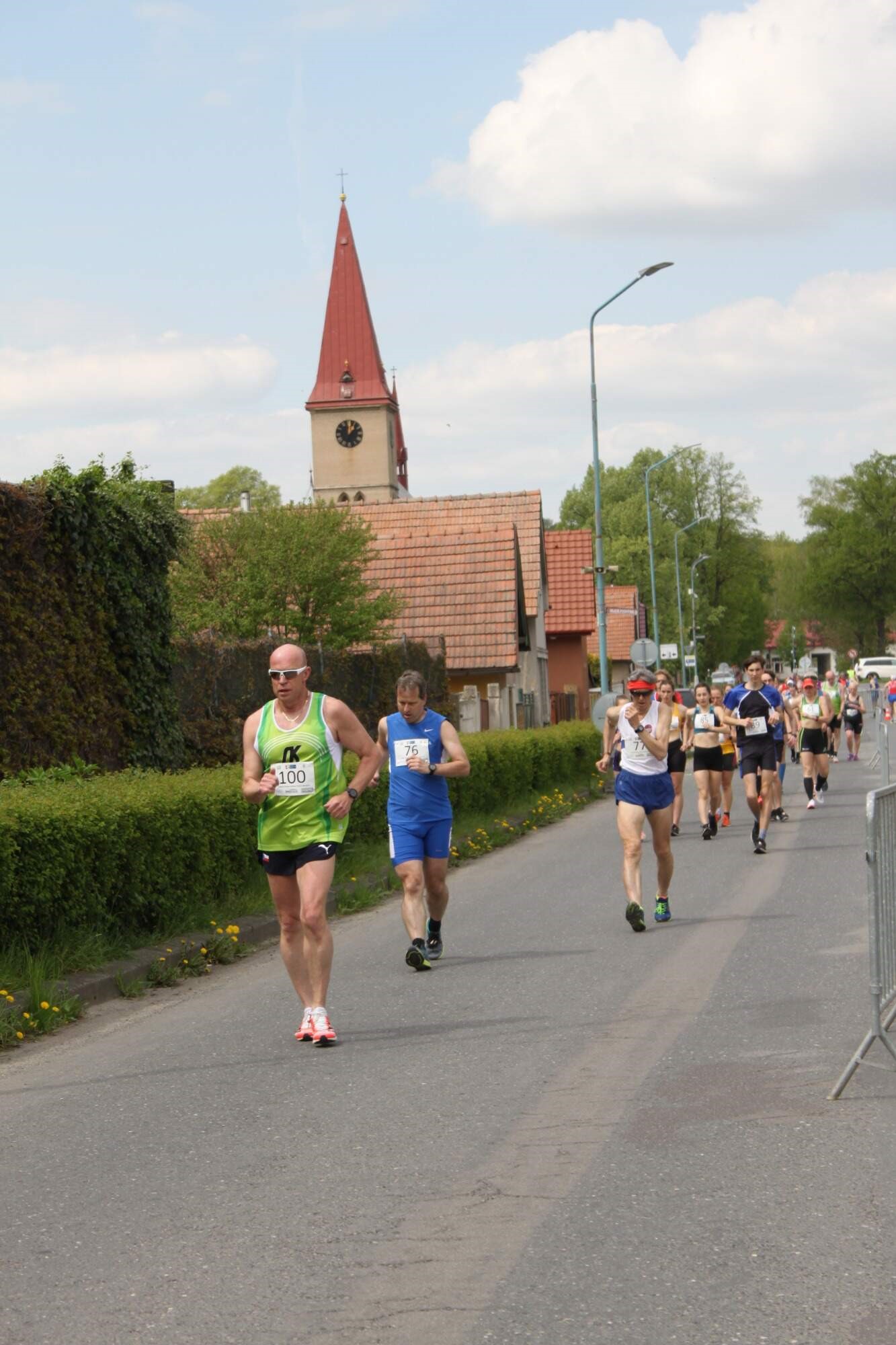 3 km on the circuit among students:

won the indoor champion of the Czech Republic Ondrej Plechacek, 08 from AC Turnov in 16:01 min; time could have been better, but a very fast first km in 4:35 min proved to be a bad tactic. The bronze from the Vrchlabí hall dominated between the two pupils and one veteran Katerina Hromadkova, 08 for 17:23 min; she too started too fast.

dominated with a predominance of adolescents; against silver from the hall, Vrchlabí Adele Pittner, has made better and better Alžběta Franklová, 05, SK Jeseniova in 24:41 min (she also had too fast the first km in 4:35 min), the opponent went 25:30 min. The third place was won by a veteran Lenka Borovičková in colors SK Nové Město n / Met. (28:05 min), fourth was Petra Jeníková, 96 from Spartak Prague 4 (28:59 min) and fifth was another veteran Pavla Nedvídková, AC Rumburk 29:34 min); sixth place went to junior Tereza Mrázková, 04 from Atletika Havířov (29:37 min). Veronika Scholzeová, 30 from SK Nové Město n / Met, still got under 98 minutes. (29:42 min) and junior representative Katka Nedvídková, 04, AC Rumburk, which failed (29:43 min). The oldest competitor on the "five" was Rumburk's Miloslava Reinová, 54 years old, at 31:28 min. 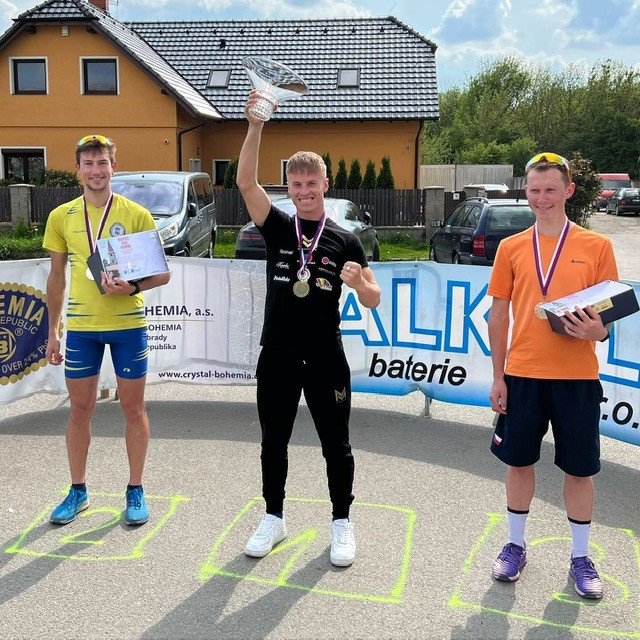 The first of this year's highlights of the MASTERS racing season is the European Road Walking Championship in Grosset, Tuscany. It will compete in 10km and 20km (women) and 30km (men).

More than 2000 athletes will come to the European Championships in running and walking on the road to Grosseto in Tuscany. He organizes this European Championship ASD Track & Field Master Grosseto and  European Athletics Masters Federation  with the support of the city of Grosseto, from Friday 13 May to Sunday 15 May 2022. This is the first truly large international Masters event after the covid period since September 2019 (ME Italy - Jesolo, Eraclea) !!!

Our teammate Horst Kiepert came to us directly from the venue yesterday to share his first impressions of "IL SOLE" Marina di Grosseto. 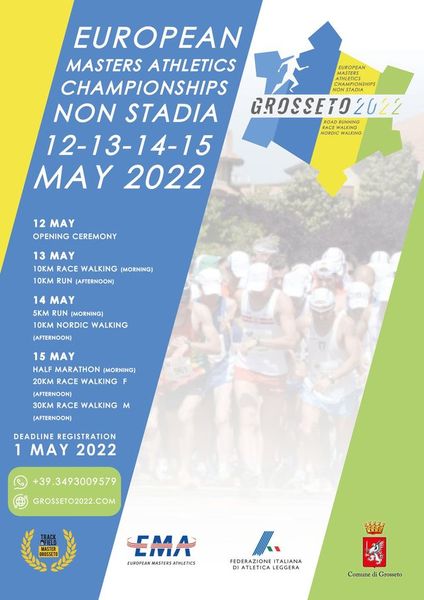 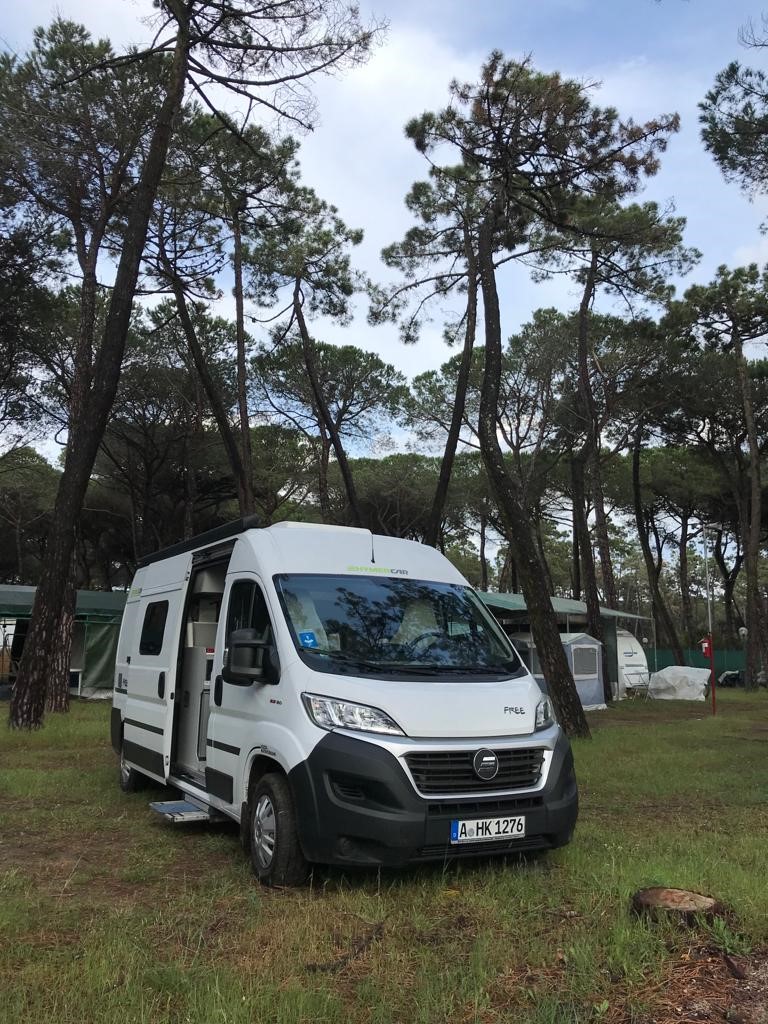 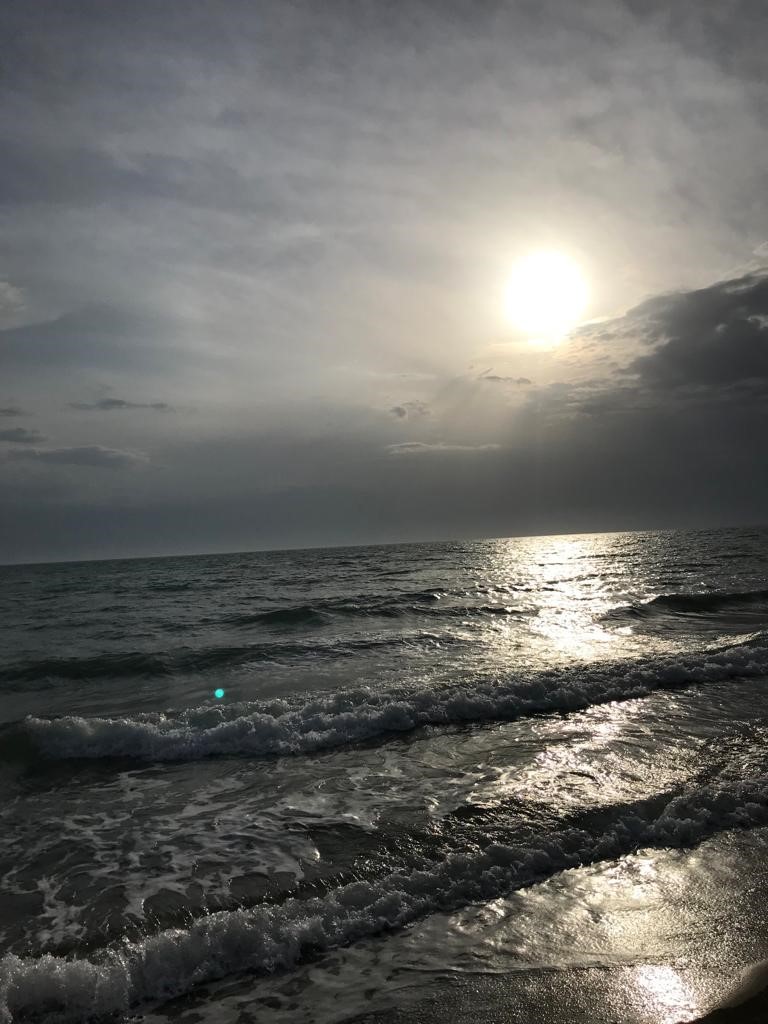 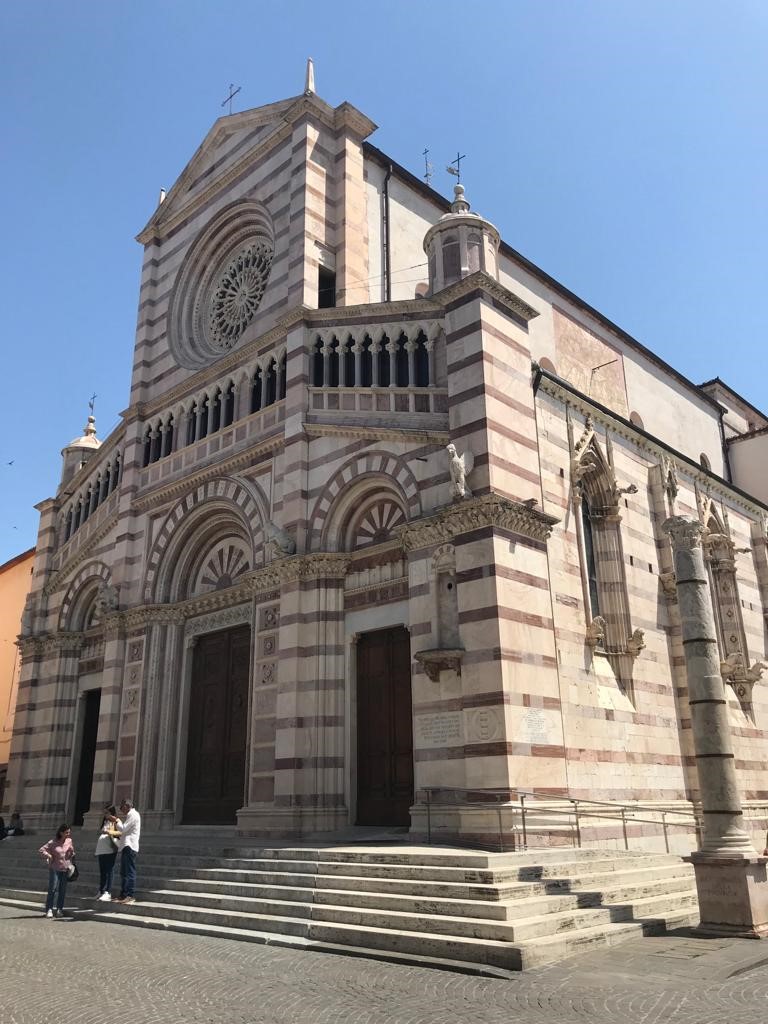 Unfortunately, the "excellent performances and personal records" achieved cannot be counted in the official tables and statistics. The length of the race track was shorter by about 120m per 5km and 240m per 10km.

Achieved performances are irregular and can in no case be counted as official and in the tables !!! The mistake happens, it shouldn't happen at the league level. 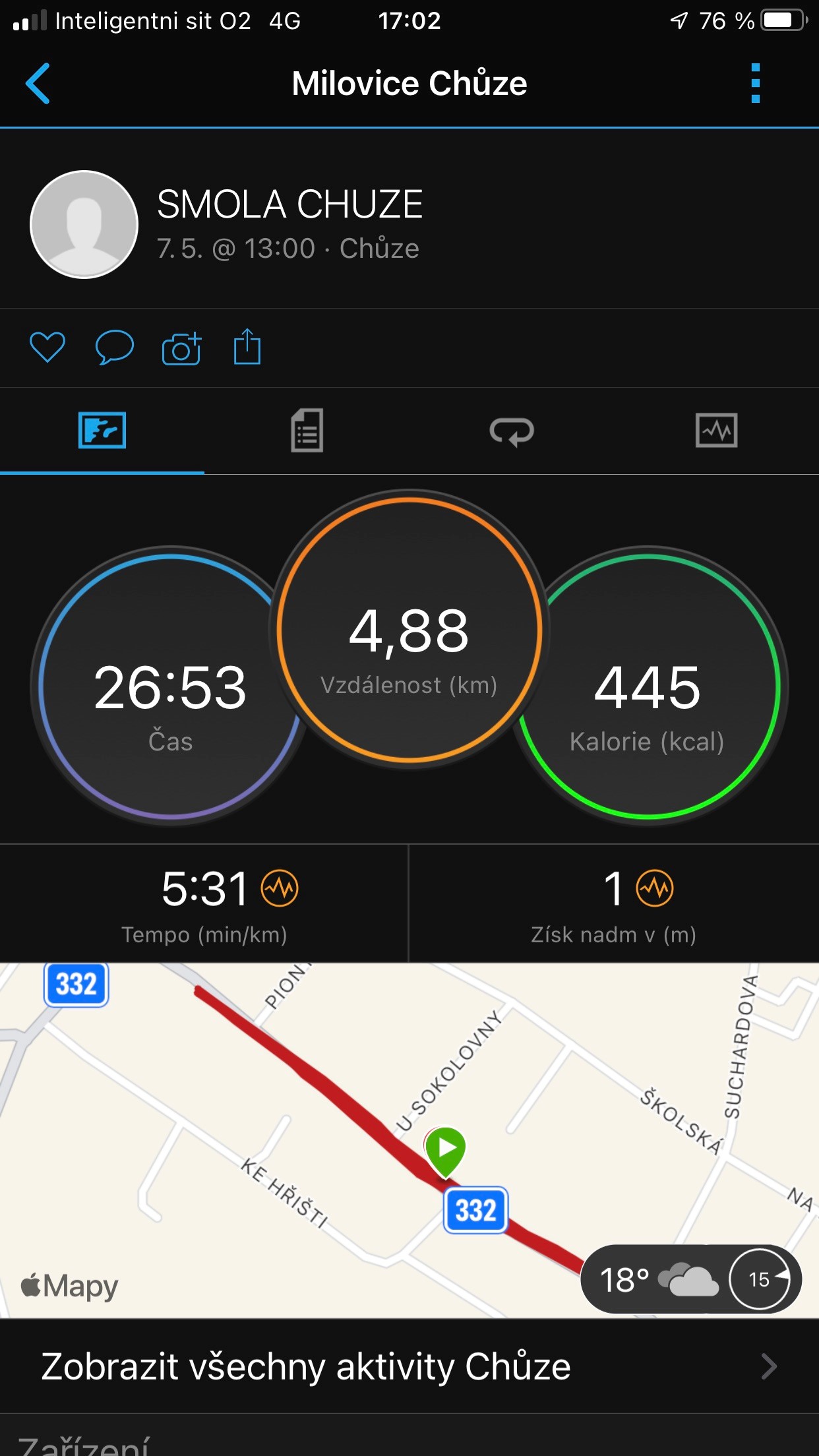 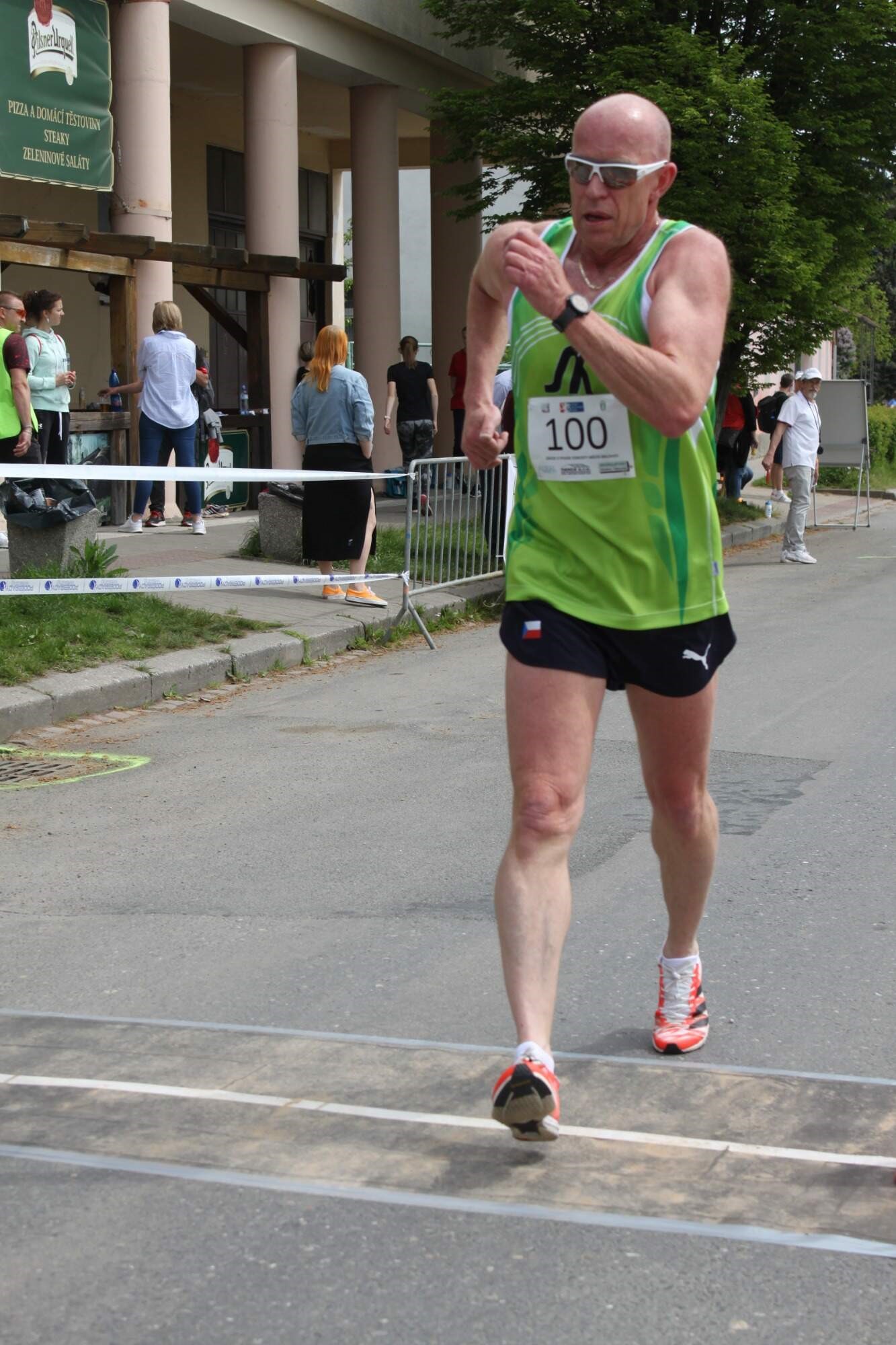 FRÝDECKÉ ŠLÁPOTY, 3rd year of the walking meeting, Frýdek-Místek, May 18, 2022 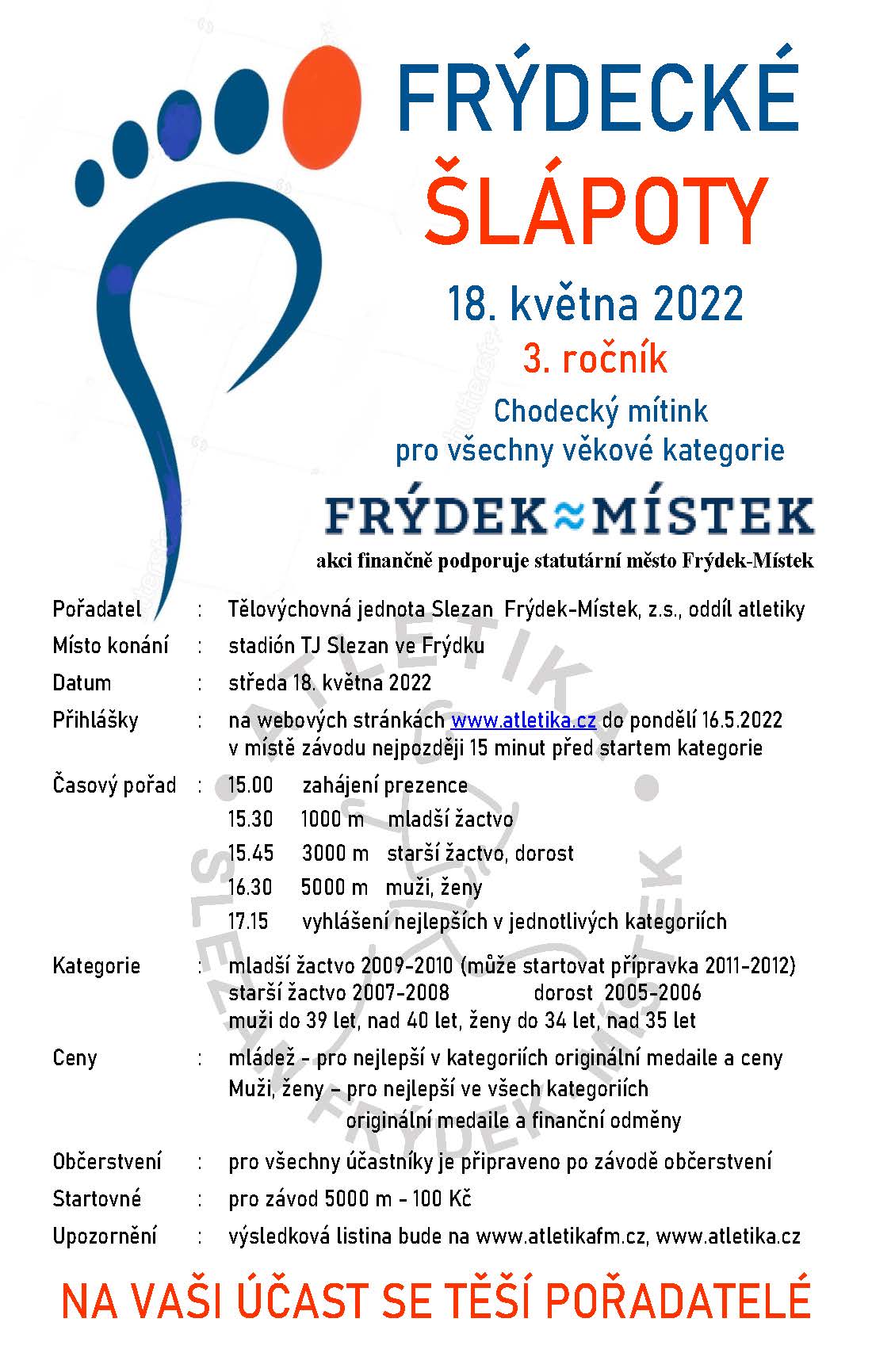 Saskia Feige: Passion and discipline as the key to success

As soon as the starting shot of the German 30km Walking Championship in Frankfurt am Main sounds tomorrow, April 20, it will only be a race with its own time for the Leipzig pedestrian Saskia Feige. Because in domestic (German) competition, it is a clear leader in this discipline. And internationally? For the first time with a performance of less than 1:30 a.m., he laid the foundations for becoming a world leader.

It's a pity that the competition is only in German men's walking, yet the expectations of Saskie Feige (DHfK Leipzig) for the German Road Walking Championships this Saturday (April 30) in Frankfurt am Main are high. Above all, you can enjoy the race, after so few racing opportunities last year, this championship is another step towards normalcy. 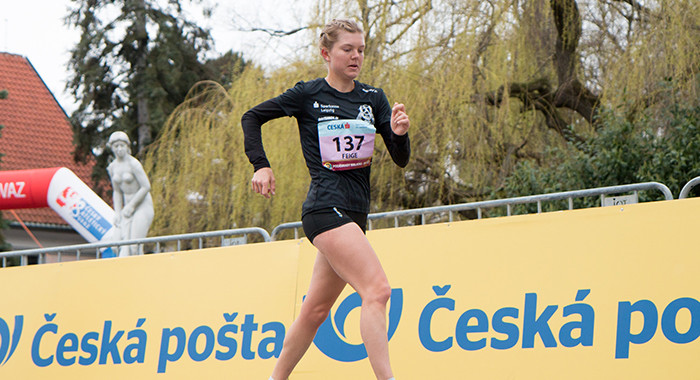 In addition, the 24-year-old pedestrian has no pressure, because in Poděbrady (2.4.22) she met the limits of 1:29:59 (for the first time below the magic limit of 1:30 am, as one of only three German pedestrians in history) limits for both the World Championships in Eugene ( USA) and for the European Championships in Munich !. Only the national record holder Sabine Zimmer (1:27:56 h) and Melanie Seeger (1:28:17 h), the last German pedestrians who were able to keep up with the world leaders after the year 2000, are faster in the historical tables of Germany on this track. .

"It means a lot to me, because it's always been a magic frontier for me (1: 30h)," says Saskia Feige. Together with her excellent 8th place at the team World Championships in Muscat at the beginning of March, this is an excellent entry for her this year: "Because there were no races after the Olympics, I unfortunately didn't have a chance to show what I was really capable of." Her personal record rinspirova not only for this entire summer seasons, but also gave a good feeling that it was moving forward.

The year 2021 was not only positive for a medical student. Saskia Feige had to give up the most important race and peak in 2021 at the Tokyo Olympics. "Unfortunately, not everything is always predictable in sports. That race was not the race I wanted, "he says.

After him, I got angry with myself for a few days and finally asked myself how I could learn from such a defeat and get on the right track. In making her decision, she thought that "the top walk is in my heart", so nothing changes and I want to keep working. Clearly, giving up was not nice, but it was an experience from which I learned a lot. "

From running to walking

The fact that her native Potsdam is learning very quickly is also shown by her development towards the number one in German women's walking. Although she found her way to athletics in the second grade, her passion for a technically very demanding discipline - she did not discover walking until 2015 during a training session. After mostly running as a middle-distance runner, she left her training group a little sick, she wanted to try to change something.

Thinking that the walking trench was not so far from the running - both are endurance disciplines - she was attracted by the technical challenge and the "special" movement. And last but not least, walking also offers the possibility of starting on long distances, where basic speed does not play such a big role. Already after the first year, Saskia Feige was able to celebrate its first successes, the German multi-champion in walking on 5.000 Meters on the track or the first start in the national jersey in the U20 category. This was followed by starts at the 20km walk at the German Championships, at the 2018 European Championships in Berlin and at the 2019 World Championships in Doha (Qatar).

Transfer from Potsdam to Leipzig 2022

Saskia Feige is constantly improving and is able to fight more and more with the international top. Her time from Poděbrady is currently in sixth place in Europe. This increase in performance enabled her to move from her hometown to Leipzig. "It was just a time," says the athlete, "since the fall of 2020, when I started studying medicine, my center of life has been here, and I like it here. Training with a running group also suits me perfectly. That is why this step was very important for me - to connect with this section. "

The training takes place under the joint leadership of Beata Conrad and Thomas Dreißigacker, and for Saskia Feige the specifics of preparation for walking races are especially important for walking. Running endurance together in a group is a pleasant change. "Sometimes it's also useful for me to be joined by someone who plans a lighter endurance run while walking.

"I do exactly what I want to do"

Together I complete up to 10 training units per week - in parallel with the study of medicine and the integrating practical phase. "My day is usually very full. But I know that from the time of the elementary school, I just grew up on it, and that also profiled me. To get it all under one hat, so to speak, it requires being disciplined. "

She has a lot of support from the coach, so that she can combine the sport with the study well, so that the other does not suffer because of one part. "Because sports and medicine are two things that I care about very much and that make me happy." And when Saskia Feige sometimes loses energy: to the same result: No, I do exactly what I want to do. "

Shut down and go beyond your own boundaries

The passions and diligence that Saskia Feige demonstrates on a daily basis are among its strengths. He benefits from the fact that he can "absolutely switch off" while walking and also go across his own borders, get the best out of himself and not stay in one place and not resign.

When asked where his weaknesses are, he still sees potential in technique and training volume, which is not yet at an absolute maximum: “When walking, technique is very important, there is still something to work on. It's just fine, like a certain footstep angle at which you can get even faster and faster. ”

How much Sakia will win in the upcoming summer season at the top events of the World Championships and European Championships will be exciting. Saskia Feige considers both top races to be very important and due to the fact that there is one month between them, it also considers them to be very manageable. "The World Cup will be the absolute highlight, and the European Championships in their own country (Munich) will also be very cool, because there will be many friends and family. I'm really looking forward to that. " 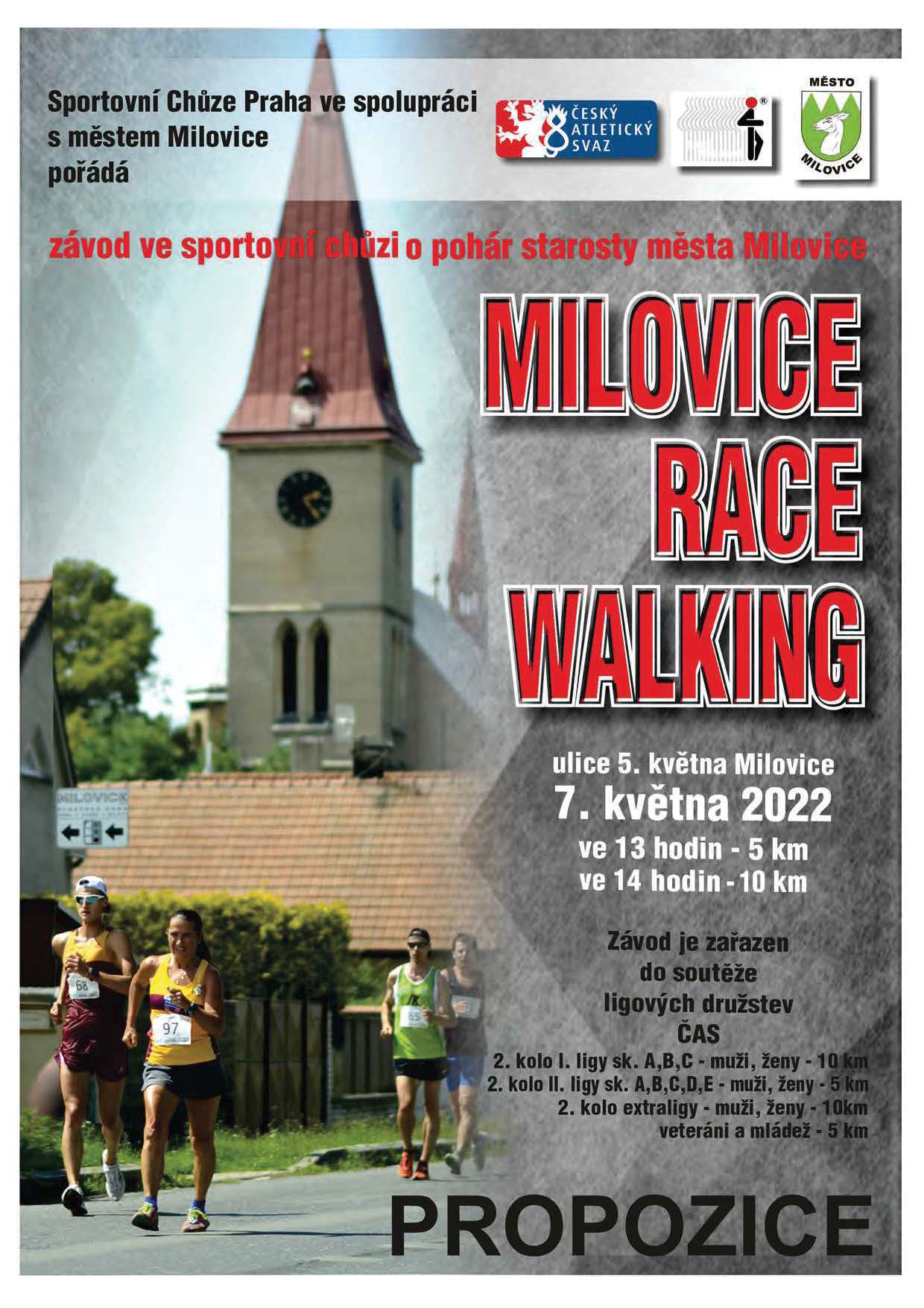 The event of the 6th Banská Bystrica Walking Meeting, which is part of the Racewalking team this year and is also registered in the EA Athletics Calendar, is approaching.

The race will take place on May 7, 2022 in the Park under the SNP Memorial in Banská Bystrica.

Contact person: Erika Karová, This e-mail address is being protected from spambots. You need to have Javascript enabled., +421 917 521 121 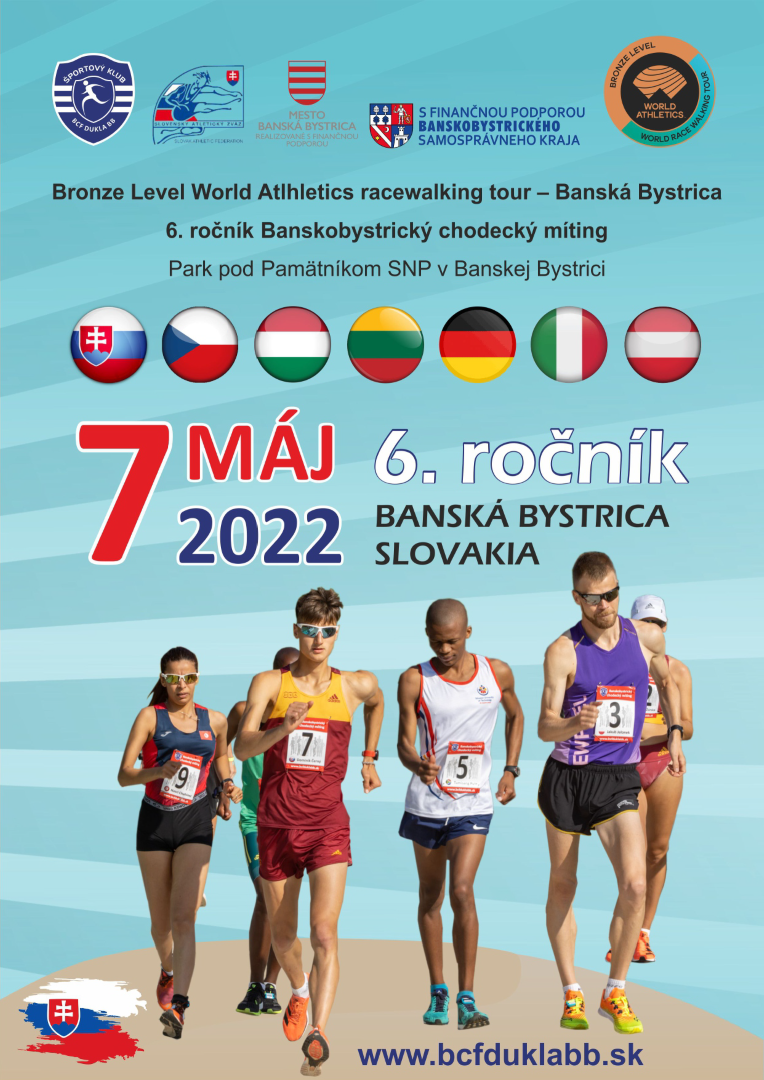